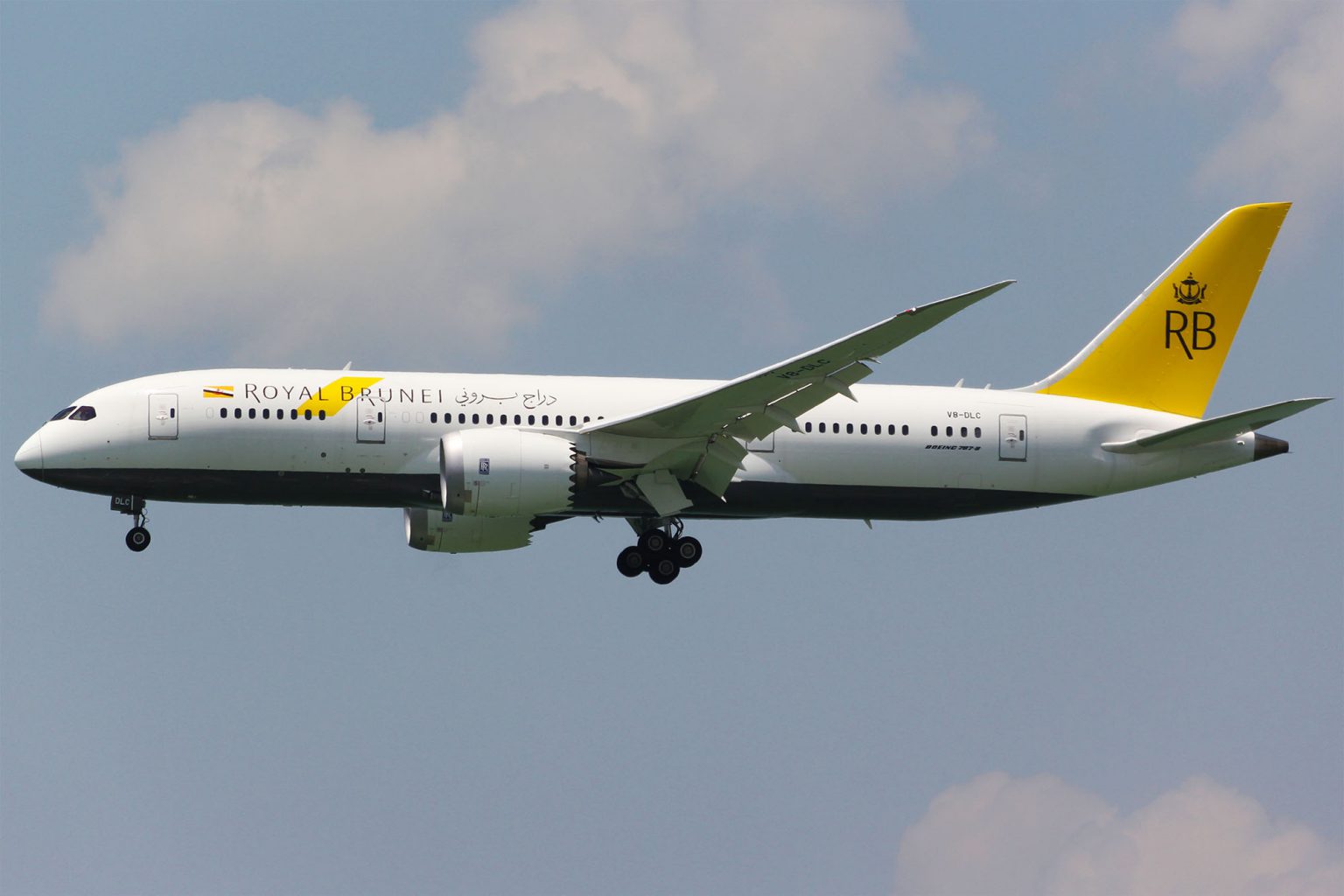 Royal Brunei Airlines, the country’s flag carrier, was established on 18 November 1974 as an independent corporation wholly owned by the government of Brunei Darussalam.

Growth Through the Decades

1970s
In Royal Brunei’s first year, services were started to Singapore, Hong Kong, Kota Kinabalu and Kuching in Malaysia. The route plan extended over the years and flights to Manila (1976) and Bangkok (1977) became available.

In 1986 following the acquisition of three new extended-range B757-200 aircraft, Taipei was added. Later, services were started to Dubai (1988).

1990s
Growth continued through the 1990s. In June 1990, Royal Brunei took delivery of its first B767-300ER aircraft, enabling it to fly to London Gatwick (1990). However, the following year, on 7 May, it changed its services to fly twice weekly to London Heathrow instead.

1991 saw Perth and Jeddah added to its destinations list, while Brisbane came online in 1994.

On December 1, 1996, Royal Brunei began daily flights to London Heathrow. Twice-weekly services to Surabaya were launched a year later in 1997.

2000s
In October 2003 Auckland was introduced to the network as an extension of the Brunei-Brisbane flights.

May 2006 witnessed the inauguration of the three times weekly flights to Ho Chi Minh City, formerly known as Saigon.

Moving Ahead
Soon after the beginning of the millennium, Royal Brunei’s board and management unveiled a bold and aggressive strategy to develop the airline’s status as a world-class player.

The plan was to make the organisation well structured and dynamic. At the same time the airline would invest in a re-fleeting programme that would include both the acquisition of new aircrafts and the upgrading of its current equipment with the latest state-of-the-art technology.

The core objective was to raise the levels of comfort and safety, two factors that are paramount to passengers.

Route Network
Royal Brunei provides scheduled services across Asia, the Middle East, Australasia and to the United Kingdom. As an added convenience to its passengers, the airline has code-share agreements with Thai Airways International, Malaysia Airlines, British Midland, Philippine Airlines and Dragon Air of Hong Kong, allowing passengers to co-ordinate flights for seamless travel to a wider choice of destinations